Learning from the Trails of Black History 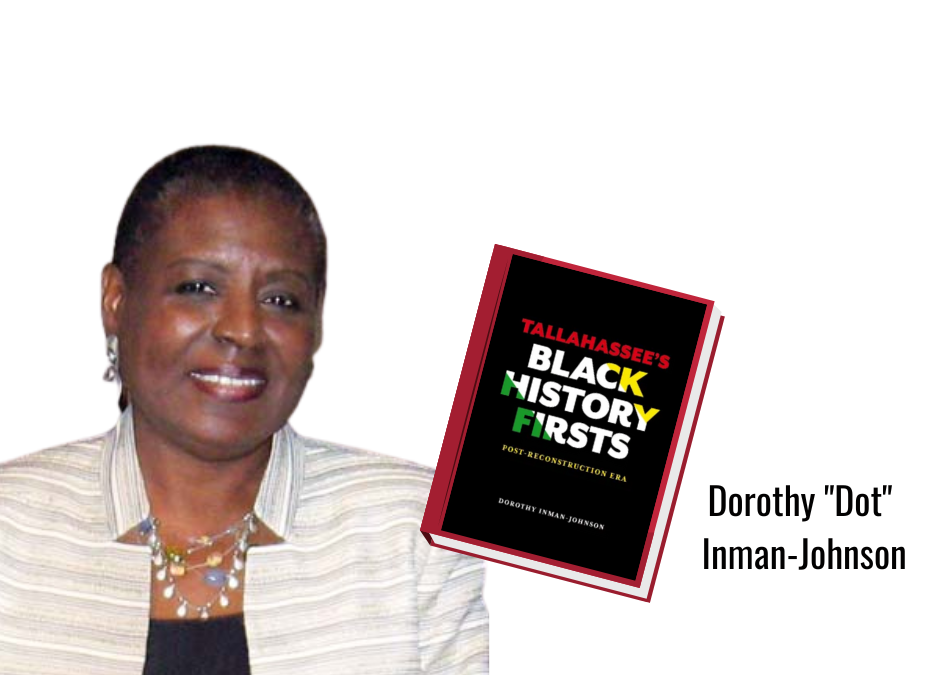 Today, when simply teaching facts about Black history is being denounced as “critical race theory” and Black Americans are at risk of losing their heritage by not making sure it is documented, I felt it necessary to take the first step by recording important chapters of Black history in Florida’s capital city. Tallahassee’s Black History Firsts profiles Black Tallahasseans who are trailblazers in their profession or field in the period following the Reconstruction Era.

This project was born when First Lady Clinita Ford, wife of Tallahassee’s first Black Mayor since the Reconstruction era, attended an annual Tallahassee’s Black History Firsts dinner, a project of Loved by Jesus Family Church. She felt strongly that the achievements of the notable Tallahassee residents honored there should be in the written record, and she quickly assigned the task to me. After months of not-so-subtle persuasion from Dr. Ford, I finally caved.

I started the project reluctantly, knowing the time commitment it would take to identify and contact these history-makers, gather and organize their biographical information, and finally to write and edit the book. Then, once I began, I was captivated by the lives I was profiling; I hope readers will be as well. I was surprised to learn how much of our city’s history is intricately woven into the individual stories of these Tallahassee pioneers.
Some are from other countries and cultures far from Leon County’s borders. Many were attracted to Tallahassee for education or jobs at Florida A&M University and Florida State University.

Some are from historic Tallahassee families and landowners who continue to celebrate May 20 as the day their ancestors in Leon County learned of the Emancipation Proclamation abolishing slavery. Many are from families who resided in the historic Frenchtown and Bond neighborhoods.

Some started their education in a one-room, rural schoolhouse. Most grew up in an era of segregated schools. Some watched history being made; others were participants in the Civil Rights Movement, helping to make history.

Born in Alabama, I moved to Tallahassee from the Seattle/Tacoma metropolitan area in the early 1970s, and I consider most of the people profiled in the book my contemporaries. I knew them as leaders, colleagues, community activists, religious leaders, professionals, and friends, many of whom—with their entrepreneurial spirit and drive—helped to build Tallahassee. But I never really knew them until I began this book, delving into their childhood, family, and struggles to become the achievers they are today.

A constant among all of them were people in their lives who helped direct their path: family members, teachers, pastors, community leaders, co-workers, teammates, friends. And all have demonstrated a deep commitment to the Tallahassee community through their professions, community service, and volunteer contributions. Each has left a rich legacy in the city in which they were born or adopted as their home.

This project, though not easy, was enlightening and rewarding as I discovered how the people profiled made their way to the top of their field or profession and how their contributions have improved Tallahassee’s quality of life today. But this book is not simply a listing of professional accomplishments. The biographies reveal their early lives and challenges, informing how they became the people we know today. Though there are some similarities, each journey has been unique. The Black History pioneers in this book are proof that where you start in life does not predict how far or high you can go in life. They are ordinary people who achieved extraordinary things.

It’s critical to remember that Black American achievements did not end with heroic leaders like Reverend Martin Luther King Jr., Justice Thurgood Marshall, and Rosa Parks. In 2022, Judge Ketanji Brown Jackson was confirmed as the first Black female Justice to serve on the U.S. Supreme Court; Tallahassee’s own Attorney Benjamin Crump has gained national and international prominence in the fight for civil rights and criminal justice. Proof that Black Americans continue to add great achievements in communities that form the colorful quilt of America.

It is our community’s job to make sure every new patch in that quilt gets added instead of waiting for others to tell our stories. We want our children—all children—to know the roles Black residents continue to play in building better communities throughout America, as well as the challenges they faced in becoming the FIRST in their area of expertise.

I hope this book will inspire more historically Black colleges and universities (HBCU) to take up the challenge of factually documenting oral histories of Black Americans who were real-time participants in some of the most important events in our past before that generation is lost to us. Though this book begins with history makers in Tallahassee, every American city and town has similar stories that should be told. By doing so, we preserve our history and may even inspire new generations to greater achievements. Tallahassee’s Black History Firsts hopefully is the first step in preserving the stories of Florida’s Black History pioneers, one community at a time.
—
Tallahassee’s Black History Firsts: Post-Reconstruction Era, by Dorothy Inman-Johnson can be ordered through local bookstores and is available on Amazon.

Dorothy “Dot” Inman-Johnson has served the Tallahassee community for over 40 years. She is an author, former city commissioner, and Tallahassee’s first Black female mayor (1989 and 1993). In 2023, she will be speaking about Tallahassee’s Black History Firsts, her fourth book, while helping other communities preserve their Black History. At Loved By Jesus Family Church, where her husband is pastor, Dot leads youth and family support programs under the church’s non-profit. Reach out to her at dotinman-johnson@hotmail.com.